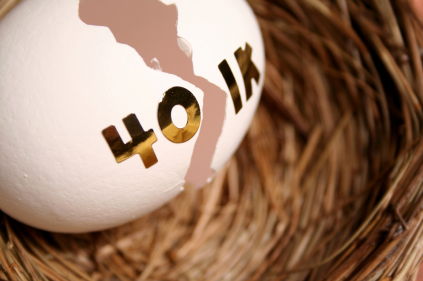 Higher Taxes Could Ruin Your Retirement

There are plenty of reasons to avoid investing in a 401K, especially if your company doesn’t match your investment: management fees, lack of flexibility, for example.

But the reason at the top of the list is future tax increases.

Let me ask you a question: Do you think taxes are going to go up or down in the next twenty years?

Before you answer, go to usdebtclock.org and take a quick look at our national debt. As of 2013, our U.S. national debt was $17.1 trillion. If you add in state and local debt and divide per each U.S. citizen, you get about $190,000 per citizen. That’s right. The United States government owes nearly $200,000 for every one of its citizens.

Now, compare that to how much the average family has saved, about $6,500. And that’s per family, not just per person. If you think that’s bad, look at Japan, the U.K., France, Italy, Greece, and even Germany. Those countries have it even worse.

It’s difficult to convey in words just how bad the situation is that our government has put us in.

The Reality Is Taxes Will Go Up

The question, then, is how is the government ever going to pay off that debt? The only thing they can do is reduce spending or increase taxes. If you’re like most of the people I know, you probably don’t see the government reducing spending. No matter which party is in power, each seems bent on outspending the other.

The reality is that a major increase in taxes in the future is almost inevitable.

The truth is, we could soon be moving back to that range.

Higher Taxes Could Ruin Your Retirement

This might not be a problem now, but what if taxes are higher when you retire? Are you okay with Uncle Sam taking 94 percent of your hard earned money? What if you’re currently calculating your retirement plan with a 25 percent tax rate? Not too big of a deal. Compared to the top tax bracket in 1944, you’ve hit the jackpot.

However, when you want to take your money out, what if the tax rate has been raised to over 50 percent. How would that affect your future? How would an extra 25 percent haircut on your savings change your lifestyle?

If taxes are going to be higher in the future, you should always try to pay taxes on your wealth now, not later. We need a strategy that pays tax now on the seed while taxes are still historically low, so that when you take your money out to finance your future, you won’t have to pay any tax.

What are some investments that allow you to pay taxes now, protecting your investment in the future?

If your company has a matching program, it still makes sense to invest the minimum amount into your 401K to get the match. Free money is free money! But to avoid getting your retirement devastated by Uncle Sam, avoid that 401K program!

Now it’s your turn to tell me about the decisions you have made to protect the future of YOUR retirement. Leave your comments and questions in the comment box below!