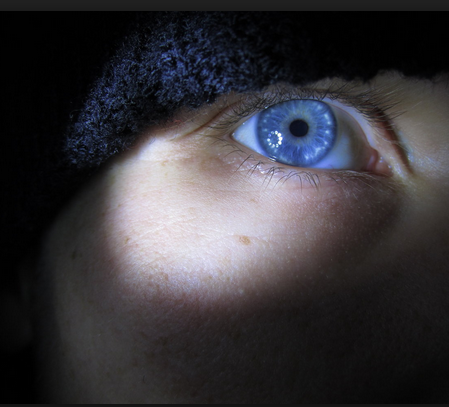 I saw this firsthand when my friend Shirley lost half of her retirement to the market downturn.

Shirley had done everything right. She had worked at the same company for 33 years, building her 401K to over $1.3 million. It was 2007. The markets were doing great, and she was planning to retire the next year. She couldn’t wait to step into the future she’d worked so hard for.

But you know what happened the next year.

In just a few months, her precious savings lost nearly half of its value. Her one-point-three million-dollar nest egg went down to $715,000. She was infuriated. She had done everything right, followed all the best advice, and now the plan she had worked so hard for was ruined. In the course of just a few months, the market took her out of the game.

We hear financial advice so often and accept it as truth, but there can be huge advantages to doing the exact opposite of the established “correct” practice.

They rarely know why. They just know what they’ve been told.

In my financial advising over the last decade I’ve learned that what functions best in people’s day-to-day life is building a security system to protect them from the 5 Thieves.

A few years after her daughter, Natasha, was born, my friend Diane bought a 529 plan for her college education. A 529 plan is a tax-deferred plan, similar to a 401K, that allows you to save money for your children’s college tuition.

Diane continued contributing to the plan throughout Natasha’s childhood, even when it wasn’t easy. In fact, there were months when she had to lower her own standard of living to make that payment, but she still gave faithfully every month.

Then, when her daughter was just about to graduate high school, the market fell apart in 2008. Natasha’s college account suddenly went to half of its value at the moment she needed it most. Like Shirley, Diane had done everything right, but it didn’t protect her daughter’s future. She was devastated. Half of what she put aside for Natasha’s college education was wiped out.

Market risk isn’t just a problem for retirement accounts. It’s a problem for anything you’re purposely saving for in your future.

A Better Solution to Investing

What if there was a plan that protected your retirement, your college savings, and your personal savings from unexpected market downturns, so that it was there when you need it? Investing in the stock market is still the best way to earn a high return on your money, but what if you could do it without the risk of losing everything?

The problem is that most people don’t know they’re exposed to these problems until it’s too late, until their retirement account has lost half it’s value on their 65th birthday or they can’t send their daughter to her top choice college because the tax-free savings plan they put the money was just decimated by the market.

The good news is there’s a solution. It’s not a product or a strategy. It’s a solution to your problem.

Sometimes, even though we’ve read something and been told it’s the right thing to do, it’s still our responsibility to understand how your plans protect you from these thieves.

Want to learn the solution to market risk and more about how to protect you and your family’s financial future? Get our ebook 5 Thieves That Will Steal Your Financial Future, free for subscribers. Learn more and sign up here.

How about you? Have you or someone you know experienced the dangers of investing in the market?